Los Angeles Galaxystriker Zlatan Ibrahimovic has reportedly agreed a €2 million deal that will take him back to AC Milan.

According to La Gazzetta dello Sport (h/t Calciomercato.com, Marca), Ibrahimovic has accepted the offer of a six-month contract, which will also include the option of a yearlong extension.

It is said the striker is now waiting on Rossoneri director Leonardo to contact him so they can finalise the move.

Leonardo recently told Sky Sports (h/t Marca): “Ibrahimovic is very close to Milan; that is a fact. Now is not the moment, but it is more than a thought. He has special qualities, is a battler and motivates people on and off the pitch.”

The 37-year-old spent two seasons with Milan between 2010 and 2012, racking up 56 goals and 24 assists in 85 appearances and winning Serie A in his first campaign.

Ibrahimovic has been with the Galaxy this year since leaving Manchester United for them in March.

Though they only finished seventh in MLS’ Western Conference, the Swede had a fine debut season packed with some sensational moments:

Congrats to @LAGalaxy forward @Ibra_official, the 2018 Newcomer of the Year! 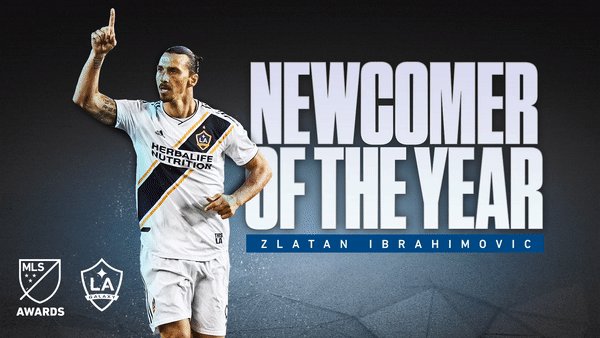 22 goals & ten assists in 27 games—Zlatan took the league by storm.

148 people are talking about this

Though it’s clear at times Ibrahimovic took advantage of MLS’ lower standard of play, he netted 28 times in his first season with United, and he appears to have fully recovered from a serious knee injury he suffered in April last year.

Do you think he will help Milan at all?
This feels like one of the Beckham or Torres tranfers of late Galiani. Only for the prestige.

Indeed, the pair are Milan’s only recognised centre-forward options, so another body would give them more depth.

However, that is perhaps the extent of the role he should play at the San Siro. Gonzalo Higuain isn’t likely to be unseated as their main goalscorer, while it’s important 20-year-old Patrick Cutrone continues to play an important part for the team as he develops.

If Ibrahimovic is used somewhat sparingly—which seems likely despite the fact that he continues to defy his age—he could do a good job for his former side.