Alvaro Morata is the front chosen byArsene Wenger to strengthen his front next season, although he knows it will be difficult toget him out ofJuventus . The French coach wants the London team make an economic effort to try to incorporate the former striker ofReal Madrid in the next transfer market because it believes it would be the best complement to accompany Olivier Giroud, Alexis Sanchez and Mesut Özil in the attack of the Gunners.
Much is being speculated that Real Madrid ‘repesque’ Morata by 30 million euros to try to sell it for more than 50 and that is where Arsenal could enter. This figure is very high for the English side and certainly try to negotiate a discount by the white set seems that the Gunners would be willing to offer 30 million pounds (37 million euros) to Real Madrid for the TV services Madrid striker.
Morata has scored 10 goals in 44 games this season, and his display against Bayern Munich brought her back to the first footballing flat.Juventus also strives to keep the Spanish striker in their ranks, but he knows it will be very difficult, as the Real Madrid wants to make a profit from their sale. 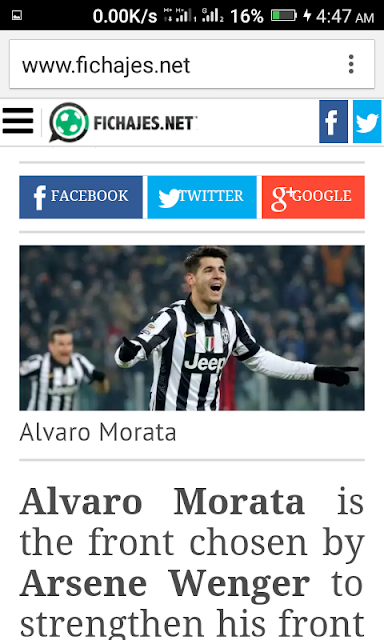