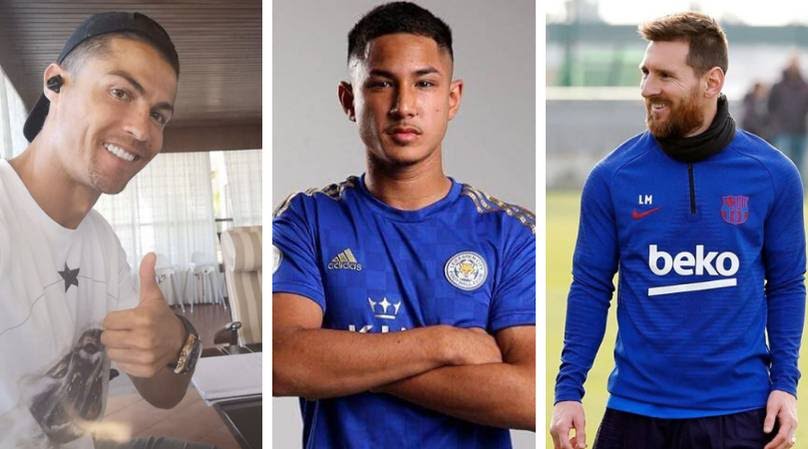 Leicester City’s Faiq Bolkiah is miles ahead of Cristiano Ronaldo and Lionel Messi as the world’s richest active footballer, according to stunning reports.

Juventus superstar Ronaldo, 35, last week was reported as the first footballer in history to record an astonishing $1bn in career earnings.

But Blog Finance FR (via Marca) has now found that neither the five-time Ballon d’Or winner nor fierce rival Messi hold the top spot.

Faiq, who hasn’t made a senior appearance for Leicester, is the nephew of Brunei Sultan Hassanal Bolkiah.

And Spanish newspaper Marca reports that Hassanal, who is also prime minister of Brunei, is worth an astonishing $20bn.

While Blog Finance FR didn’t disclose Faiq’s actual earnings, the 22-year-old midfielder was placed ahead of Ronaldo and Messi as the richest footballer in the world.

Speaking to SPORTbible in an exclusive interview, the Portuguese forward revealed plans to build on his business empire and wants to reach new heights of success with his ventures outside of football. Related news: 10 richest Nigeria football player 2020

“It has taken many years of hard work, dedication and passion to achieve what I have in football,” he said.

“Outside of football I’m not there yet, but I’m a competitive guy and I don’t like to be the number two or number three. I always want to be number one. I will do it, 100 per cent.”

Posted below are the 10 richest active footballers in the world, according to Blog Finance FR.

About Oha 2927 Articles
I am a professional electrician.But i love writing about sports,especially football news