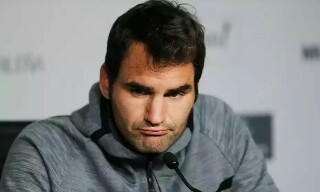 BREAKING NEWS – Roger Federer pulls out of Madrid Masters due to a back injury.
Roger Federer has pulled out of this week’s Madrid Open with a back injury. The Swiss had arrived in the Spanish capital but was unable to practise and announced his withdrawal on Monday.
“I don’t want to take any more chances. I’d rather play it safe,” the 17-times grand slam champion said.
Federer had only just returned to action after surgery to repair a freak knee twist while running a bath for one of his children at the end of the Australian Open in Melbourne in early February.
He played the Monte Carlo Masters in April having pulled out of Miami in March with a virus.
Federer, however, said he would be back for the Rome Masters next week
CategoryUncategorized
Tagssports
Drinkwater to miss Saturday match against Everton
BREAKING: Congratulations Leicester city