LeBron James was among a number of high-profile athletes who took to social media to speak out on the death of an unarmed black man seen in a video lying face down in the street while a white police officer knelt on his neck for several minutes. 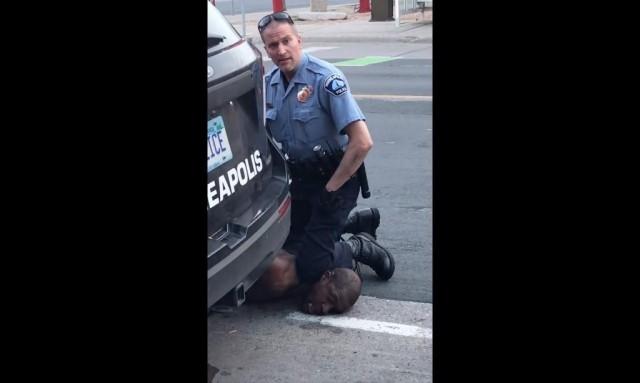 This still image taken from a May 25, 2020, video courtesy of Darnella Frazier via Facebook, shows a Minneapolis, Minnesota, police officer arresting George Floyd. “The four Minneapolis police officers involved in Floyd’s death have been fired,” Minneapolis Mayor, Jacob Frey, said on Twitter on May 26, saying “it was the right decision. Witnesses say Floyd repeatedly tell the officers, “I cannot breathe!” after being pinned to the ground by an officer with his knee on Floyd’s neck.

Four Minneapolis police officers were fired on Tuesday over Monday’s incident in which a handcuffed George Floyd can be heard repeatedly moaning and gasping while he pleads, “Please, I can’t breathe, please, man

James, a four-time NBA Most Valuable Player, weighed in on Instagram late on Tuesday with a post that referred to Colin Kaepernick, the former NFL quarterback who famously kneeled during the US national anthem to protest against racial injustice.

The post includes a photo of the officer pinning his knee on Floyd’s neck alongside a photo of Kaepernick kneeling during the national anthem while a member of the San Francisco 49ers. It was topped with the caption “This … … Is Why.”

Lebron James, who plays for the Los Angeles Lakers, also wrote in the post “Do you understand NOW!!??!!?? Or is it still blurred to you?? #StayWoke”.

Others in the sports world voiced their outrage over the incident that is likely to add fuel to the “Black Lives Matter” movement spawned by a series of US police killings of unarmed black men.

“Worlds honestly sickening. It really is….. no explanation,” Odell Beckham Jr., a three-time Pro Bowl NFL receiver who plays for the Cleveland Browns, wrote on Twitter.

“This inflicted Pain but it will never inflict FEAR… sorry, were not made like that! #BlackMenMatter,” she added.

Kaepernick popularized the gesture of kneeling during pre-game renditions of “The Star-Spangled Banner” in 2016 while a member of the San Francisco 49ers. He became a free agent after that season and has not been signed by another team since.

Kaepernick’s protest was followed by other players, drawing the ire of US President Donald Trump. His activism was seen as a reason teams are wary of signing him. — Reuters