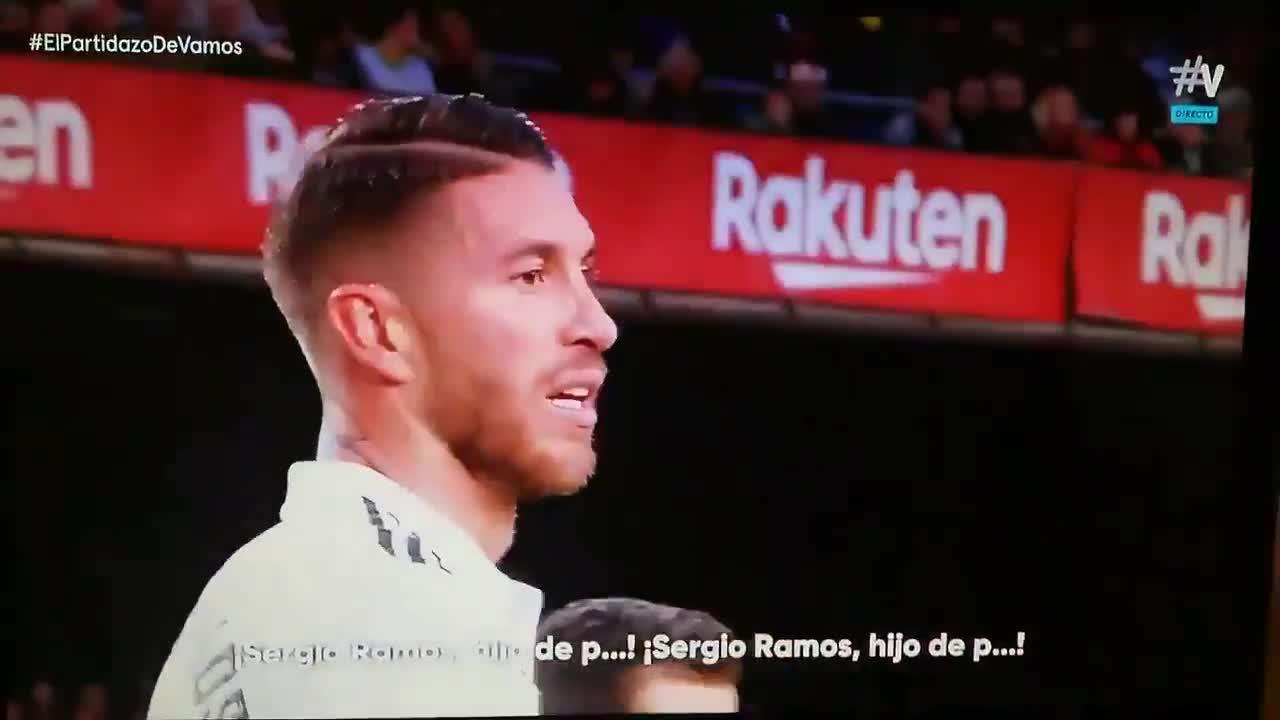 Advertisements
Real were defending a corner in the La Liga battle yesterday when Pique stepped in to help his countryman.
As Ramos prepared his defence, Barcelona fans could be heard chanting: “Sergio Ramos, son of a b***h.”
However, Pique – who was in the box ready to attack the incoming cross – bravely stepped forward to wave a finger in the air, instructing the supporters to show some respect.
But the Barca fans were all smiles by the end of the night as they crushed their fierce rivals in Catal. 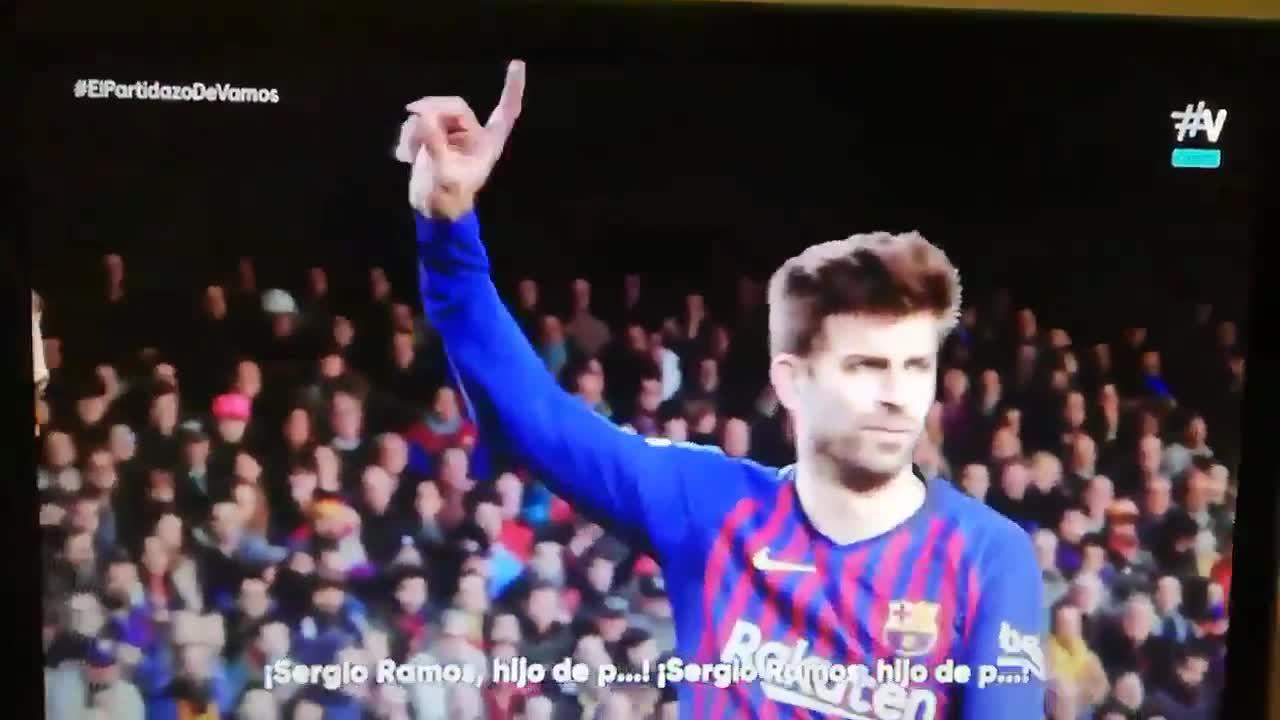 Ernesto Valverde was without star man Lionel Messi on the night.
But Luis Suarez stepped up to the plate with a hat-trick for the La Liga champions.
Brazilian playmaker Philippe Coutinho and Chilean midfielder Arturo Vidal also netted for the hosts.
And the result is set to spell the end of Julen Lopetegui’s brief time in charge of Real, with the Champions League holders close to appointing former Chelsea boss Antonio Conte. 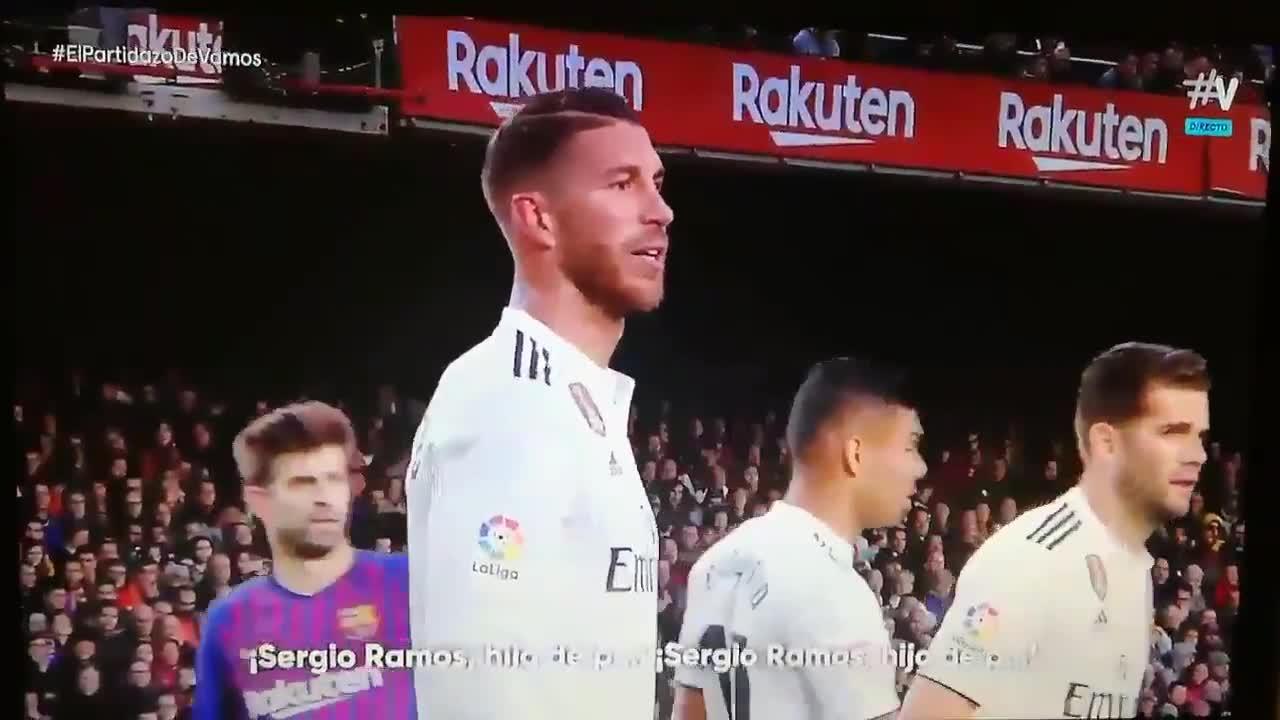 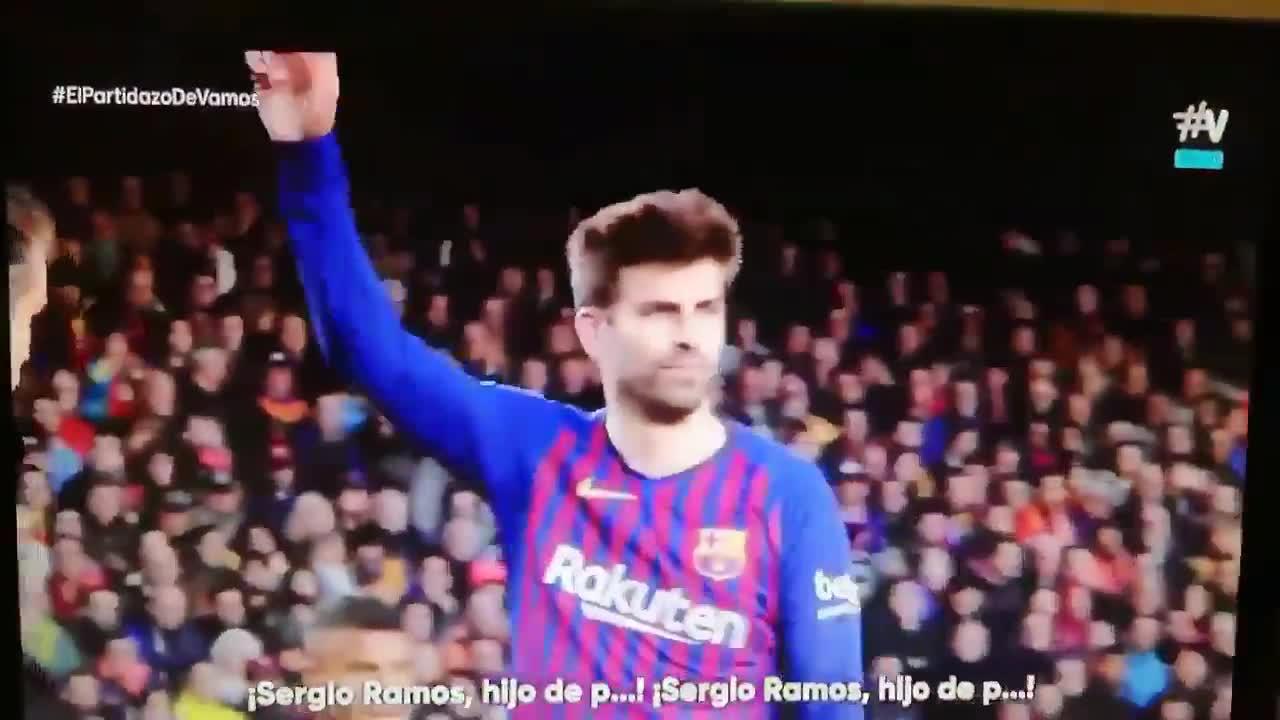 Pique put himself in the firing line with a raised finger

About adminfootball 2794 Articles
I am a professional electrician.But i love writing about sports,especially football news