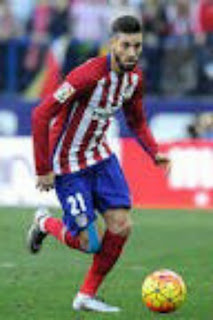 1 -0  BAYERN Munich
⭕Atletico Madrid 1⃣ – 0⃣ Bayern Munich ⛔
Goals⚽
ATM – Y. Ferreira Carrasco (35′)
The hosts have won✌ the match 1⃣ – 0⃣.
Atletico started the 2nd half on a strong note but soon Bayern took control of the game. However, the Bundesliga champions were unable to produce a goal even though they passed the ball around a lot. At times, the Spanish side won the ball and made quick counter attacks. At the hour mark, Ancelotti brought in Robben⭐ and Hummels for Muller and Boateng respectively. Carrasco, who was rather quiet in the second half, almost scored his double but his bouncing low shot was pushed away by Neuer. In the 83rd minute, Atleti were awarded a penalty when Luis was fouled by Vidal in the penalty area. But Griezmann’s spot-kick hit the crossbar. Towards the end, Bayern flooded players into Atletico’s half but the Madrid club’s fabled defence stood strong to clinch a deserving victory.
CategoryUncategorized
Tagssports
Confirmed: Allardyce ceases to be England coach
Rooney, in the worst moment of his career