Source Home » sports » Diego someone will be call boring ,if he come to England

Diego someone will be call boring ,if he come to England 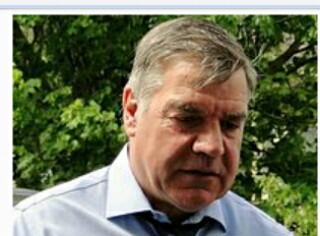 Sunderland boss Sam Allardyce has insisted Atletico Madrid coach Diego Simeone would be called “boring” if he moved to the Premier League.

Allardyce marvelled on Wednesday evening as Simeone’s side, having done much the same to the mighty Barcelona in the last eight, turned in a superb defensive display in the home leg of their Champions League semi-final clash with Bayern Munich to send themselves into next week’s decider in Germany with a 1-0 lead. 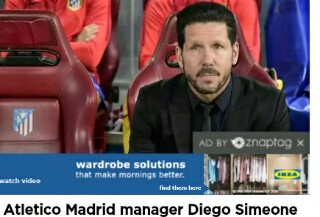 The Black Cats boss has the same sort of defensive mentality as the Argentine, and his team have collected three clean sheets in their last four games after going 17 in all competitions without one to the manager’s intense frustration.
Allardyce is often criticised for his preference to play a containing style of football, and he believes that Simeone would come under the same criticism if he was to join an English club.
The 61-year-old said: “Seeing Atletico Madridlast night, how they played and how they then defended what they had against a side that is one of the favourites to win the Champions League and is well ahead in the German league…
“It’s an art, defending – everybody has forgotten that – it’s a tactical art to be able to sense danger and block people’s crosses and get your toe in without fouling them now, and they are very, very good at it indeed.
“The whole team buys into it. That’s how good the manager is and that’s why they are successful.
“Now, everybody can say, ‘Well, that’s not entertaining’, but everybody is eulogising Simeone’s tactics now. I wouldn’t think they would do that in the Premier League so much. ‘He’s boring this guy, he defends too much’ – that’s what he’d get here.
“But at the moment, if we keep those clean sheet ratios going in the next four games, I am convinced we will stay up.”
Allardyce dragged Sunderland out of the drop zone last weekend with a 0-0 home draw against Arsenal, and they have now lost only once in seven outings as they edge towards his safety target of 38 points, which remains seven away.
However, the improvement the manager has seen since the turn of the year has convinced him there is hope for the future.
He added: “I see there’s a core basis that we can perhaps build on since the turn of the year. I think that core basis – if and when we get safe in the Premier League – can be added to to try to stop the constant pitch against being relegated.
“But the first and foremost thing is to make sure this group of players, this squad of players can make sure we are Premier League outfit next year.
“We can’t afford to slip up and if we don’t slip up, then we stay up; if we do slip up, we could easily be relegated.”