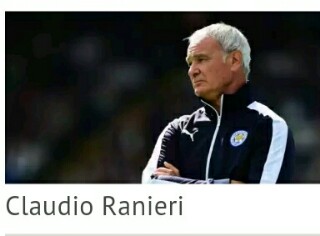 Claudio Ranieri is making a sensational season at Leicester Cityand intends to retire in the English side. After passing through numerous dugouts across Europe, the Italian coach has found its final site and where they want to put an end to his career as a coach. “I think Leicester will be my last stop. I hope you give me still a long contract six or seven years and thus end my career here , “said the Italian coach.Claudio Ranieri now has 64 years and his statements have no intention of retiring soon but does not want toleave Leicester City.The veteran coach, who is about to complete one of the most fascinating stories in the history of European football will become a living legend of modest English club. It is likely that after confirmed as winners of the Premier League, the billionaire team owner offered a long – term contract. In recent weeks had been rumored with the possibility that Ranieri by Italian selection was made ​​after the signing of Antonio Conte by Chelsea. The charge would be ideal for him and he would return to Italy and have a more relaxed work, which for the moment does not want.
Source: fichajes