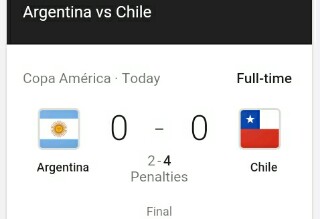 Chile beat Argentina 4-2 on penalties after both teams were goalless at the end of regulation time and extra time.