Cesc fabregas who signed a three and half years deal will have number 44 Jersey . As he reunite with his former team Thierry Henry in principality club. He is geared to help Monaco to escape relegation at Ligue 1 side. Monaco is currently languishing in 19th position in Ligue 1.
Cesc Fabregas left chelsea with tears after playing his last match for chelsea on Saturday with a win against Nottingham forest in a fa cup match.

In Spain,cesc Fabregas lifted the Copa del Rey and La Liga in successive seasons before he returned to England in 2014 with Chelsea.

The former arsenal and Barcelona player say bye bye to chelsea after playing 501 matches in English premier league. He won two premier league titles and F A cup in 2016/17 season.

“It is a great pleasure to join AS Monaco, a new project for me,” said Fabregas, who will wear the number 44

“The group is of quality with young players and a young coach. I’m here to help the team.

“I’m looking forward to starting. We have a great match to play in Marseille on Sunday. I am very excited.”. 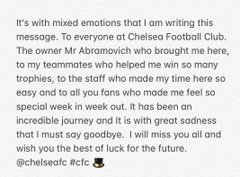 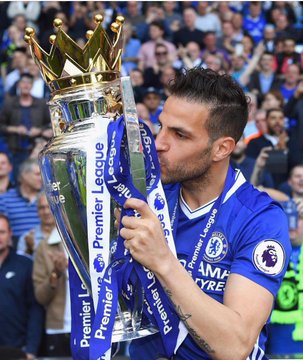 8,039 people are talking about this
Fabregas will be remembered as one player with highest assists in English premier league. He will face another challenge of playing in new environment where he need to learn new language.

About Oha 2866 Articles
I am a professional electrician.But i love writing about sports,especially football news