Sad to hear the passing of Cesare Maldini this
morning.
At club level, Maldini won 4 Serie A league titles
and 1 European Cup with Milan. Internationally, he
played for the Italian national team, earning 14 caps
and participating in the 1962 World Cup. As a
coach, he had a successful career in charge of the
Italian Under-21 side, winning the European
Under-21 Football championship a record three
consecutive times.
He was Married to Maria Luisa bearing six sons,
one was Paolo a defender who once held the record
for the most caps for the Italian national team (now
third behind Gianluigi Buffon and Fabio Cannavaro).
Paolo Maldini captained Milan to the UEFA
Champions League title in 2003 and 2007.
Maldini’s grandsons, Christian and Daniel also play
football in Milan junior teams.
Milan said in a statement: “AC Milan sends its
condolences to the Maldini following the passing of
Rossoneri great Cesare Maldini. Cesare skippered
the club to its first European Cup triumph in 1963
at Wembley and the loss of such a key figure in
Rossoneri history has left everyone at AC Milan
moved and saddened. Cesare had recently turned
84 and he left his mark at the club not only as a
player, but also as a coach and scout. The club
president Silvio Berlusconi and the rest of the club
will always remember fondly his charisma, kindness
and warm smile.” 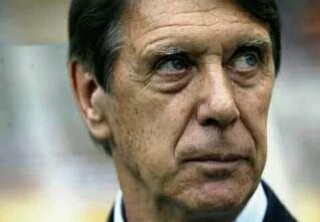